A jewel of our heritage, the Jacques Cartier Bridge is an icon of Greater Montreal. Inaugurated in 1930, this five-lane bridge links Montreal to Longueuil and provides access to Île Sainte-Hélène. 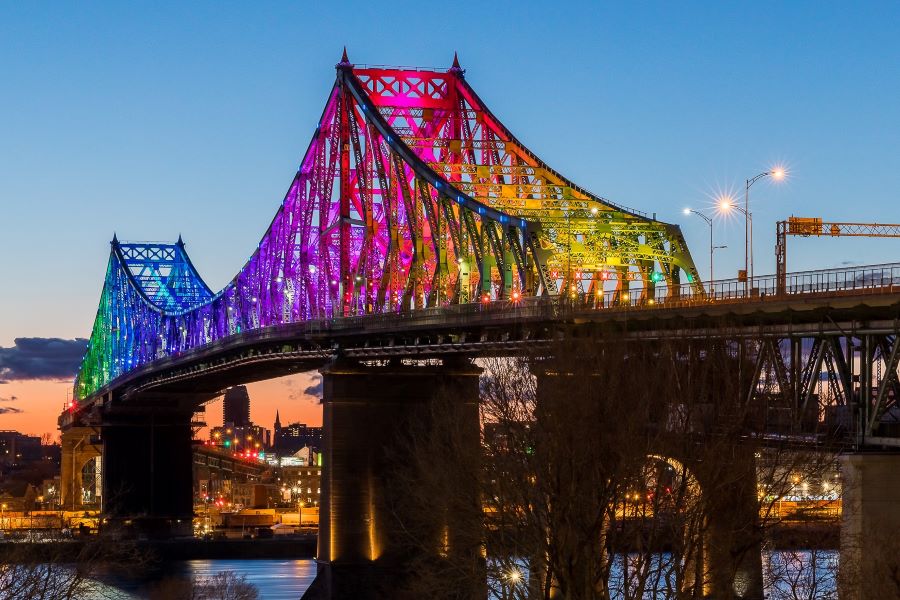 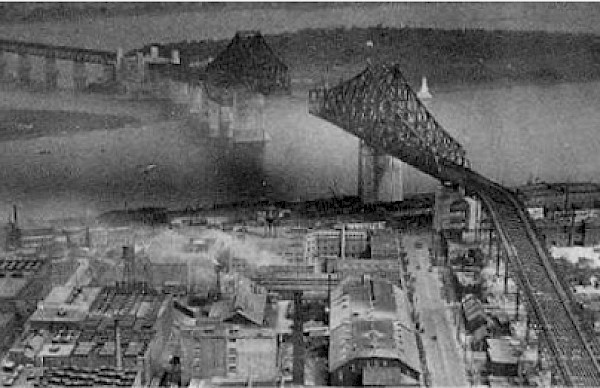 *These periods are subject to change according to the flow of traffic.

Vehicles less than 15 metres (less than 50 feet) in length: AUTORISED on the Jacques Cartier bridge AND on the access ramps leading to Parc Jean-Drapeau

Vehicles over 15 metres (over 50 feet) in length: AUTORISED on the Jacques Cartier Bridge, but PROHIBITED on the access ramps leading to Parc Jean-Drapeau (prohibition effective since July 27, 2020)

Started in 1925, the bridge construction took four years. The work was done so quickly that the contractors delivered the bridge in December 1929 instead of May 1931, or nearly a year and a half earlier than expected.

The construction cost was approximately $23 million (1929), including expropriation expenses and the approaches on the fill sections. 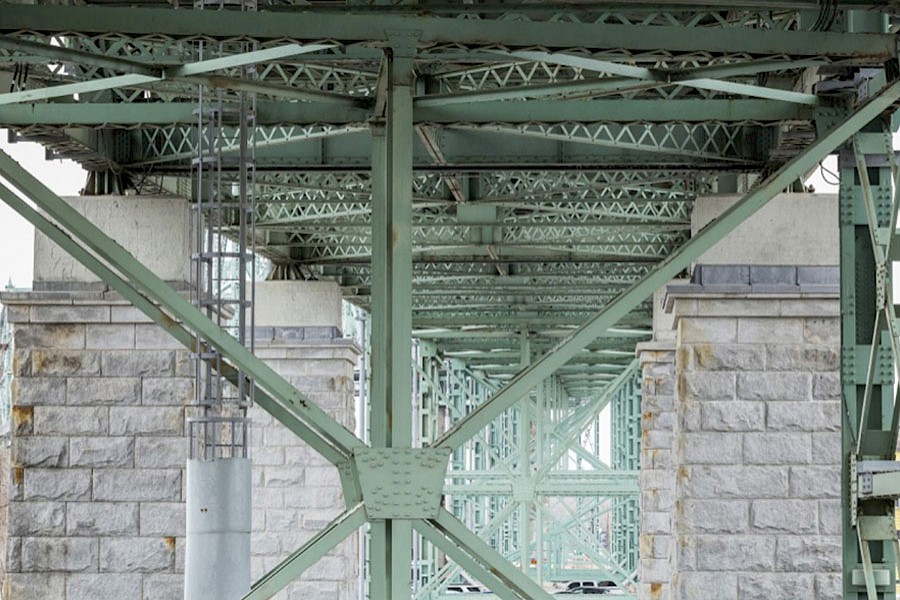 Over the past 20 years, major repairs have been preserved the structure’s integrity and ensured that the bridge remains safe. 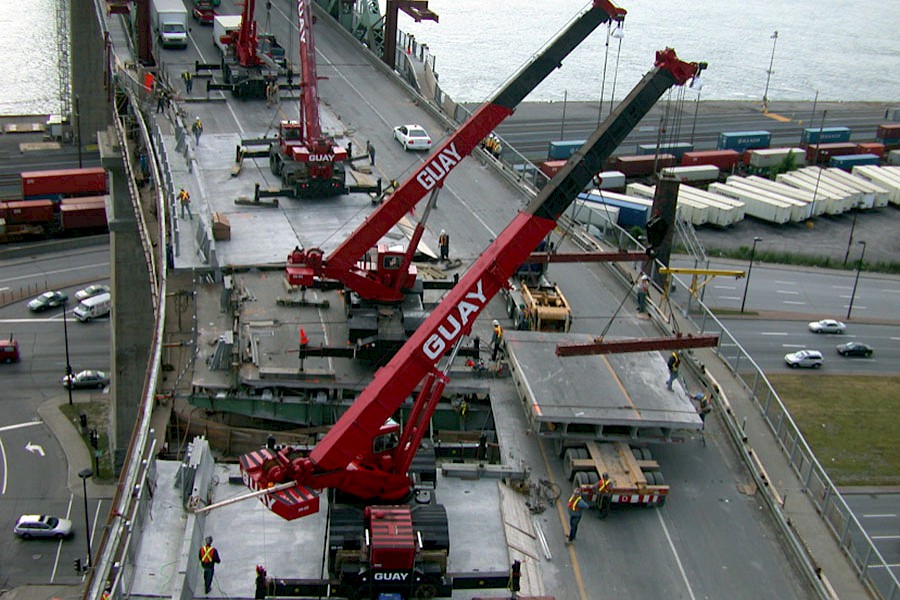