The Honoré Mercier Bridge crosses the St. Lawrence River and the seaway, on the west side of the Island of Montreal. 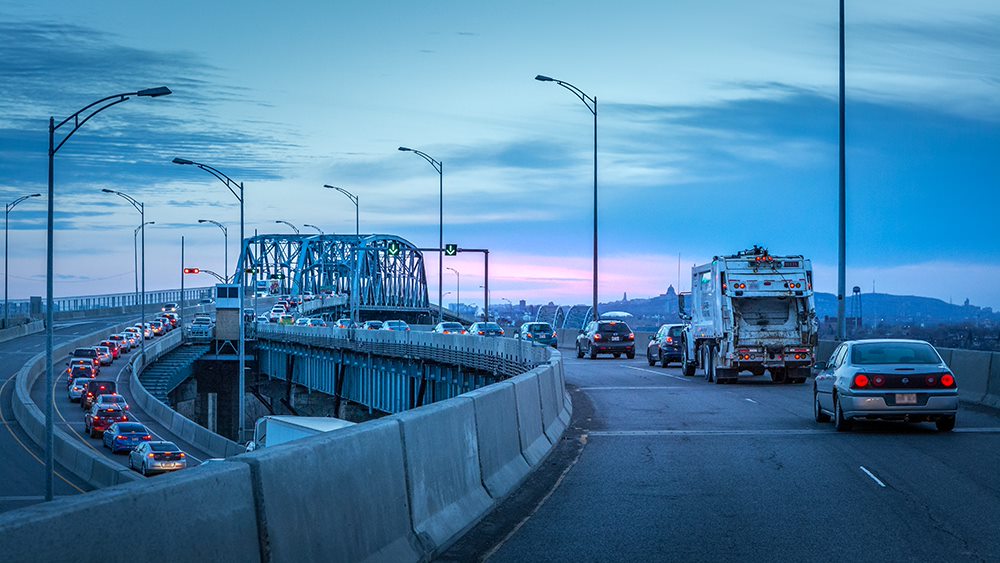 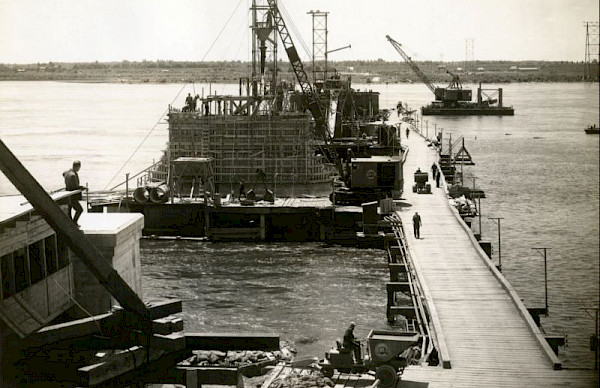 Traffic is managed by the provincial government.

The bridge engineers had to devise an innovative method to erect the bridge piers, given the thick layer of glacier marl over the rock, the river’s depth, and the speed of the current.

Since the St. Lawrence River is so deep at this point, the engineers decided not to use cofferdams and instead chose pneumatic caissons, a method that had not been used in Montreal in 25 years.

In 1963, it was felt that the Mercier Bridge’s two lanes were inadequate for the constantly increasing traffic travelling across it, so the Ministère des Travaux publics du Québec had a second bridge built downstream from the first.

In the federal section, the deck of the old bridge was modified so that it would have the same capacity as its “twin”. Minor changes were also made to the piers, as each pier was fully resurfaced with a new layer of reinforced concrete and were reshaped to match the piers of the new bridge.

Together, the new and old bridge doubled the number of lanes between both shores from two to four (two lanes per direction). Traffic to the South Shore then started passing over the old bridge, and traffic to Montreal was routed over the new one.

Exposed over the years to heavy traffic, weather conditions, and an abundant use of road salt, the structure of the Honoré-Mercier Bridge needed major repair work to increase its life span.

JCCBI adopted an active and preventive management approach and decided to fully replace the deck in the federal section of the Honoré Mercier Bridge, in 2008.

After eight years of highly complex work, the deck replacement program on the federal section of the Honoré Mercier Bridge was completed on August 14, 2016. In total, 982 panels were required to complete the new bridge deck and extend the bridge’s service life for at least 75 years. This major rehabilitation project represents one of the largest contracts carried out by Aboriginal Canadians.

The deck is made of precast concrete panels, which have many benefits: 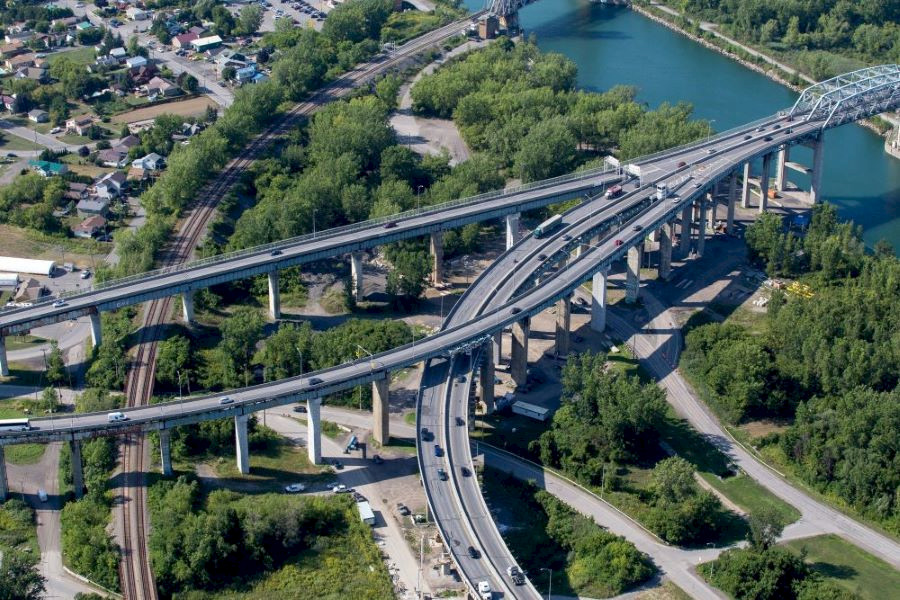