Development of the land under the Jacques Cartier Bridge | PJCCI

Development of the land under the Jacques Cartier Bridge

Work to develop the land under the Jacques Cartier Bridge was completed in 2022. 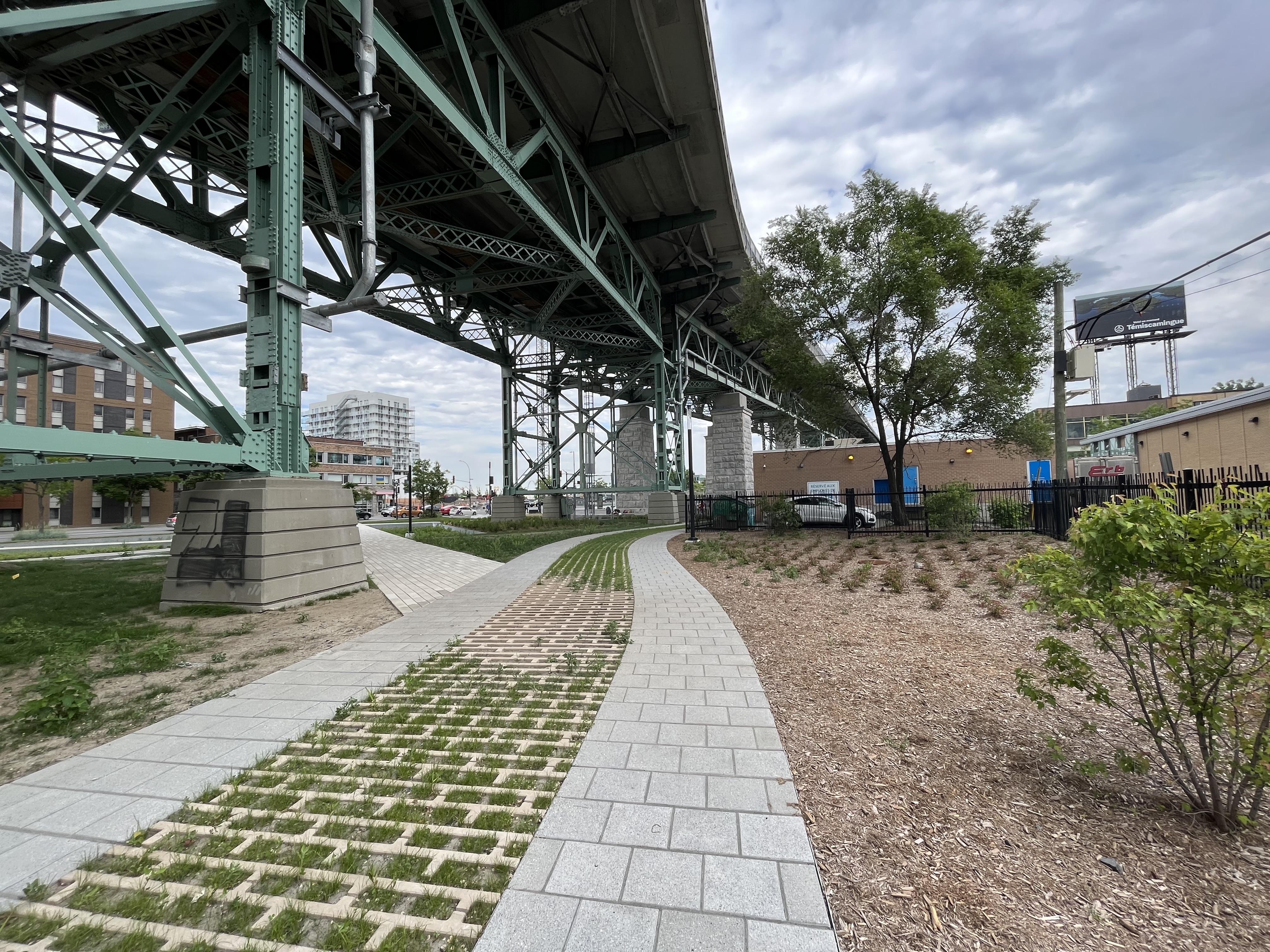 This project included creating bioretention basins to manage the water that drains from the bridge deck. The land was rehabilitated with attractive landscaping features to help the local population feel a sense of belonging to the site. 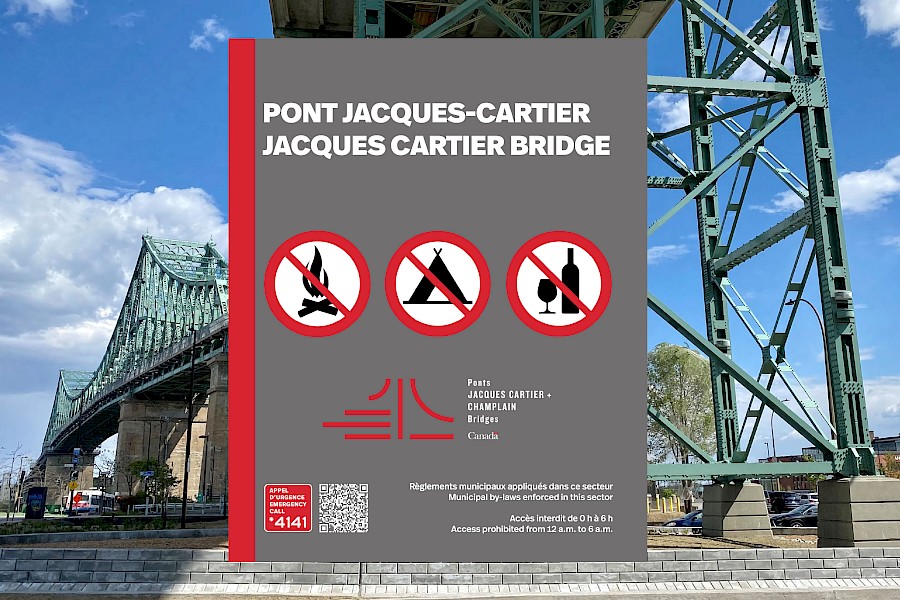 Trees, shrubs and perennials were planted on the land under the bridge, and the chosen species are particularly well suited to the urban environment. Revegetating the area has also helped reduce heat island effects. Paved pedestrian paths were laid down and street furniture was installed to encourage people to spend time in the area. 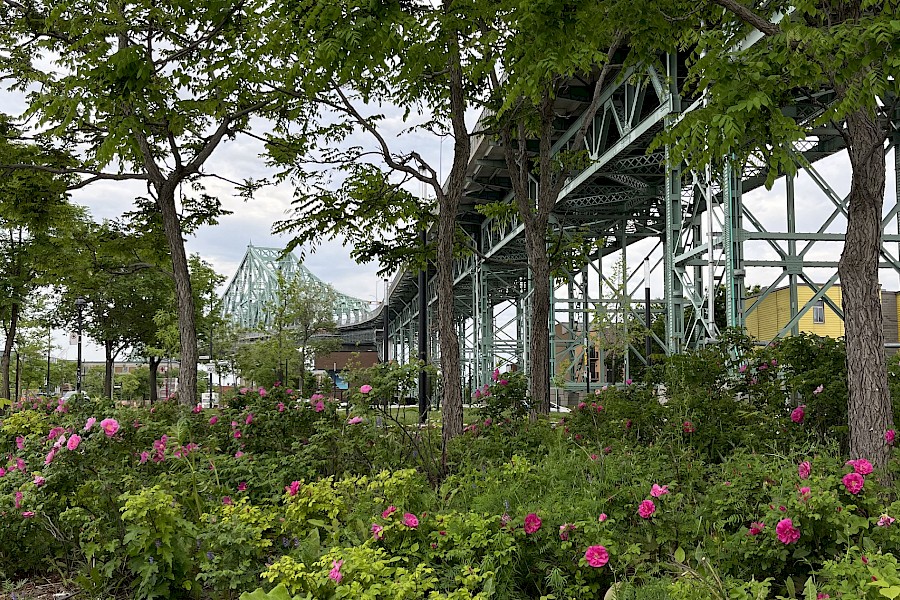 Seven bioretention basins were created under the bridge. They collect rainwater as well as the water that runs off the bridge. These basins have an environment with natural micro-organisms that feed on different contaminants in the stormwater.

A 19th-century pipe kiln made by the Henderson factory was discovered from archaeological excavations under the bridge carried out during the work in 2019.

The Henderson pipe factory was founded in 1847 by William Henderson, Sr., and taken over by the founder’s grandsons, the Dixon brothers, in 1876. This kiln may have been built sometime between 1847 and 1892. 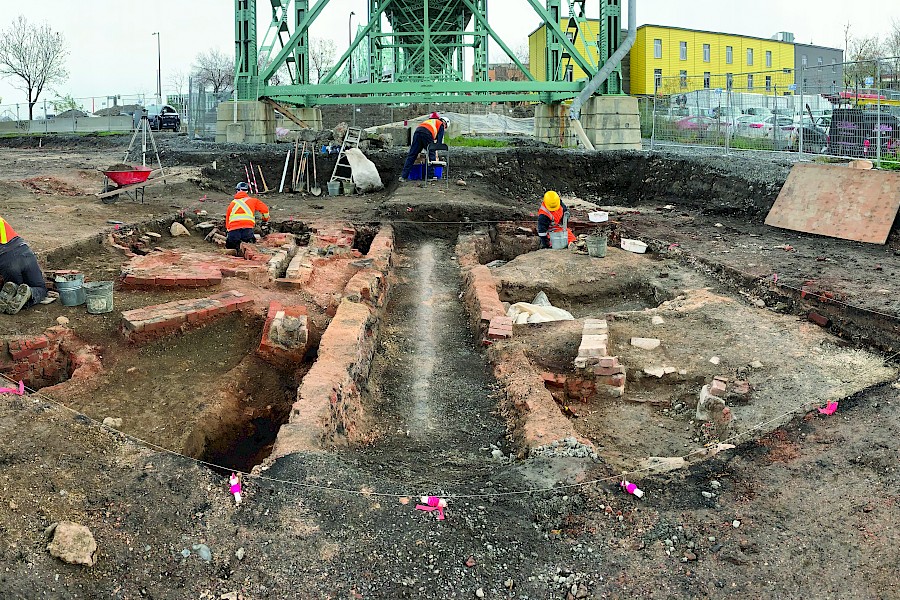 Information plinth and reuse of materials from the original Champlain Bridge 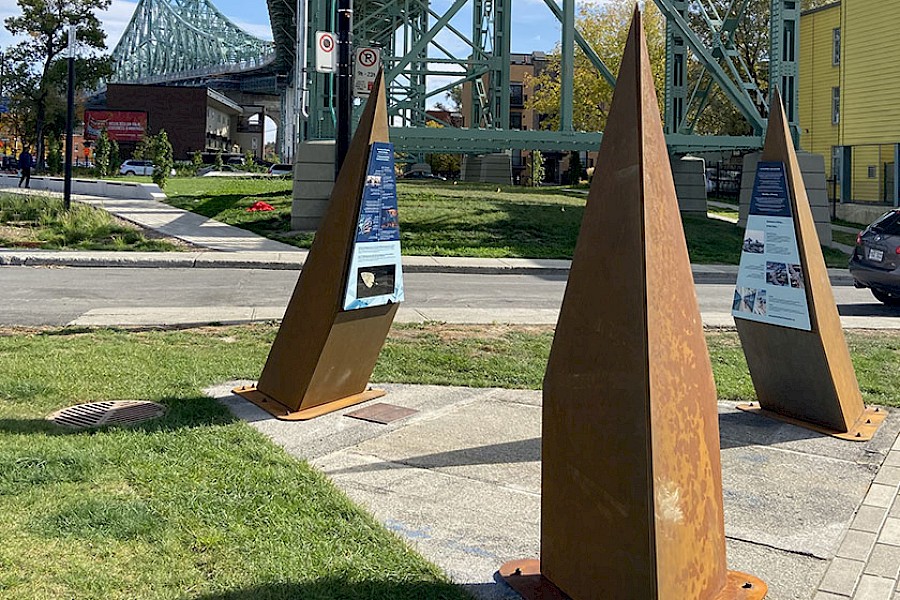