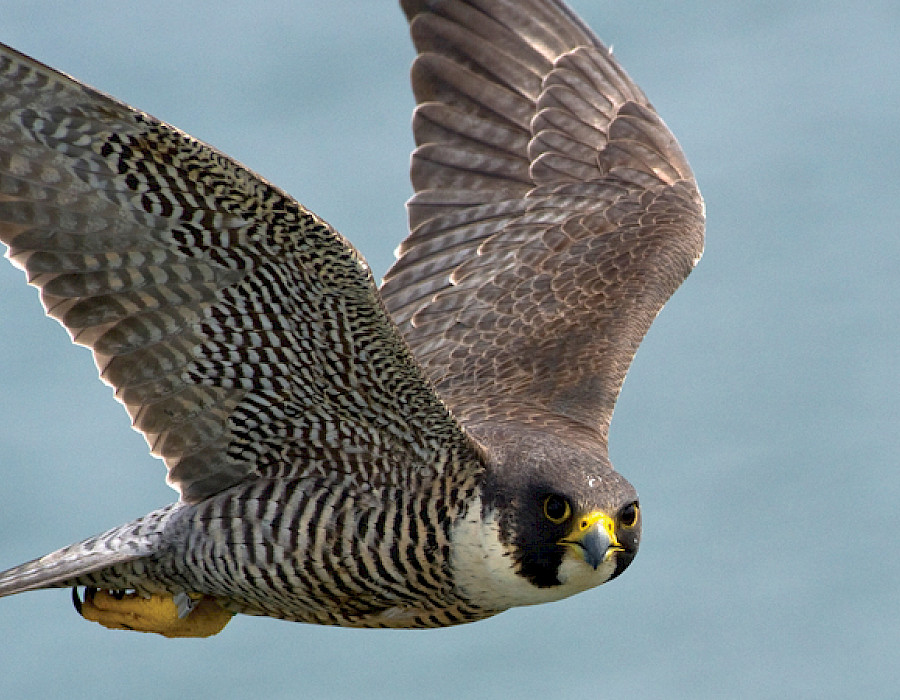 It’s that time of year again! Last week, we set up our camera in the falcon’s nest on a pier of the Honoré Mercier Bridge. We’ve already caught a glimpse of our first visitor, which you can see in the photo below. Isn’t this creature magnificent?

The falcons generally nest on cliffs, and the piers of the Honoré Mercier Bridge are very similar to their natural habitat. That’s why we installed nests almost 30 metres high up to help them feel at home in our environment.

We’ve had nesting boxes on our structures for over ten years.

The camera also provides data on the falcons’ nesting periods. Falcon Environmental Services (FES) then collects this data to understand the birds’ behaviour. FES has observed that the egg-laying period starts at the end of March. Baby falcons stay in the nest for about 35 to 42 days. After the fledglings’ first flight, they remain dependent on the nest for at least 30 days. Young falcons only leave the nest for good at the end of August.

Based on these observations, we have set up work restriction zones of between 100 and 200 metres away from the nests, depending on the month, so that we don’t disturb the baby falcons’ development.

Since 2011, 34 perfectly healthy baby falcons have hatched on our structures.

Keep watch for these majestic birds above our structures, especially near the Champlain Bridge Ice Control Structure Bridge, the Jacques Cartier Bridge and the Honoré Mercier Bridge. If you see one, don’t forget to take a photo and share it with us!

To learn more, watch our video above of the installation of the nest in 2019. 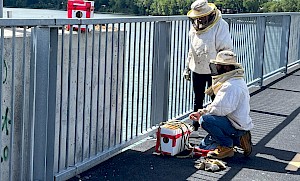 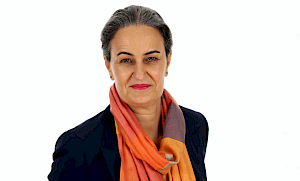 Reappointment of the Chair of… 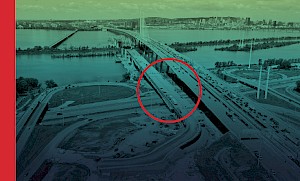