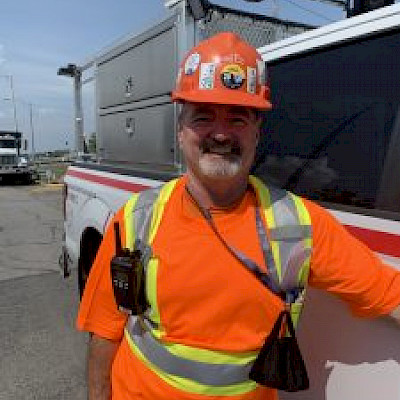 For François Laforest, who has been working as a senior electrician at JCCBI for the past 10 years, the Jacques Cartier Bridge no longer holds any secrets! François maintains more than one hundred electrical panels, which are all necessary for the proper operation of the bridge lighting, the lanes, the multifunctional path, the sidewalk, the cameras, the traffic lights and the bridge lighting program developed by Moment Factory.

About three years ago, one of the traffic light structures, which overhang the lanes and indicate to motorists which lanes are open or closed, was damaged by a dump truck : “At that point you go into emergency mode and the adrenaline starts pumping; the urgency was to shut off the power and close lanes to ensure everyone’s safety.”

For François, working on the Jacques Cartier Bridge is very different from working on the other infrastructures, since not only are there blind spots due to the fact that the bridge is crooked, but also because motorists, cyclists, joggers and pedestrians have to be taken into account. “Unfortunately, most people drive fast and don’t obey the signs, so sometimes it can be really dangerous.”

However, the underside of the bridge is much quieter and conceals well-kept secrets, such as the ballroom located in the Île Sainte-Hélène Pavilion. “Few people have the opportunity to visitthis place because it is inaccessible to the public and, in my opinion, the original staircase in the tower located on the side of La Ronde is spectacular and would be an ideal place to shoot action films” adds François with a smile.

When asked how to describe the Jacques Cartier Bridge in one word, he is quick to say Enormous, given its length, geometric shape and complexity. It is also because it was the first word his daughter said, after suffering a stroke, as she looked out of the 11th-floor window of the CHUM, where she was hospitalized, at this emblematic Montreal landmark. 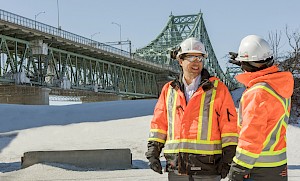 At JCCBI, we are very proud of our engineers, who represent 32% of our total staff. To celebrate National…
Read more
3 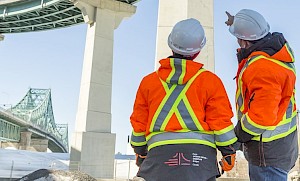 THANK YOU TO OUR 56 ENGINEERS!   Every year, Engineers Canada organizes National Engineering Month to…
Read more
4 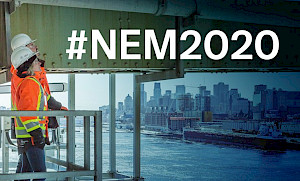 THANK YOU TO OUR 56 ENGINEERS!   Every year, Engineers Canada organizes National Engineering Month to…
Read more
See all the news